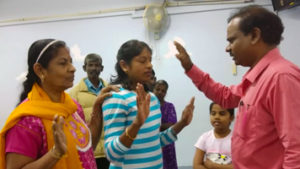 BACKGROUND - I asked you all to pray for me to be released from  Nir*** husband’s desire to beat and persecute me.
UPDATE - God is great and He heard your cries. God changed the heart of Nir***’s husband!   Nir*** went back to the doctor to check on the tumor in her uterus.  Miraculously, the size of the tumor size is shrinking every time Nir*** goes to the doctor for CT scan.
Nir*** said to her husband, Jesus, like no other God’s we have worshipped, has been doing a great miracle in me. So I will go again to church to say thank you to Jesus. This time, the husband didn’t say anything. So.  Nir*** freely and peacefully came to church yesterday praising God for your prayers and His powerful hand. This teaches me that no matter how big our fears that we should never lose hope. “For in this hope we were saved. Now hope that is seen is not hope. For who hopes for what he sees?” Rom 8:24 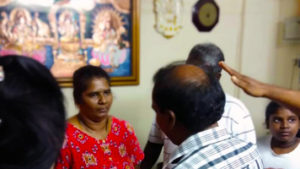 TURNING FROM SINS
Today I met Setha, her husband, and two children. Their home was full of the idols that they were worshiping. Setha was also affected by the witchcraft that a neighbor was using on her. When I spoke, I used The Lamb of God evangelism that shares the Ten Commandments. This gives them an accurate understanding of breaking God’s heart. These people had gone to many places to be delivered. I boldly told her that only through repentance and belief in Je*** could she be delivered. (1 John 4:4) Then I prayed for her and her family. Through faith, she has been delivered and now she is coming to church. Her and her whole household. 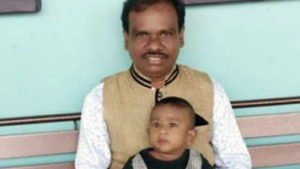 ASSAULTED – I’m back home in ***  ministering to the Tamil people in the slums. I have a big prayer need- Nirmala’s sister received healing in the church, so Nirmala and her mom have been coming to church the past 3 months. Last night, we had a special prayer meeting at church, and Nirmala attended. In the middle of a meeting, Nirmala’s husband came in wearing his motorcycle helmet. He began yelling and shouting: Who is the pastor here. As my heart raced, I said: “I am.”

So, I followed him outside where he began his verbal assault against me and his wife. He yelled, “As Hindu man, I can’t allow my wife to come to church.” He then screamed, “I came here to beat the pastor and my wife.” But, thankfully, Nirmala’s mother stepped in and stopped him. But, he looked sternly at me and told me that he would meet me tomorrow-Monday. And then he left. Please pray for wisdom and protection. Things like this can upset the whole village and start a great persecution of Christians. [I have given Solomon ideas on how to handle the situation. Please pray!—Tommy]

After many years, in an area you [Tommy] taught the Lamb of God chronological salvation message from Genesis to Revelation, a pastor is setting up meetings and teaching. He is doing this freely on his own. The area name is SriperumpadurI. I have been invited to teach in the prayer meeting today. The one who organized this meeting is still very thankful to our team and the teaching. He sends much love to us. I pray you also have a good day learning from the Lord! 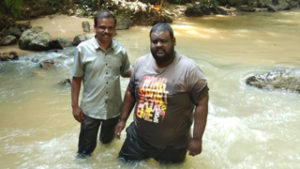 Will God Save Anbu from Execution? When Anbu was younger, a drug dealer tried to coerce him to sell drugs to school kids. Anbu refused. A few weeks later, the drug deal ambushed Ambu using a long knife. Ambu ended up with several deep cuts, but he survived the attack. A couple of weeks later, Anbu encountered two of the drug dealer’s cohorts. Once again, Anbu had to defend his life. This time, in self-defense, Anbu killed one of the attackers.

The police arrested Anbu and the courts gave him to the death penalty. As Anbu awaited his execution, a Christian brother shared the Good News with him. Anbu tried to trust in the Lord, but he questioned how he could believe in any god who would allow him to experience such atrocious tribulation in life.

Anbu was fighting for his life and to have faith in the life to come.

Miraculously a report was presented to the Higher Court that Anbu was underage at the time of the incident. The Higher Court released Anbu as time served. As soon as Anbu was released from prison, he found me, received Christ, and was baptized. Praise the Lord!

“When the disciples heard this, they were greatly astonished and asked, ‘Who then can be saved?”
“Jesus looked at them and said, ‘With man this is impossible, but with God all things are possible.’” (Matt 19:25-26)

Thank you so much for your support and prayers!

John Solomon & Family – Home Page Church Planting & Ministering to the Poor Undisclosed location Country BACKGROUND – I asked you all to pray for me to be released from  Nir*** husband’s desire to beat and persecute me. UPDATE – God is great and He heard your cries. God changed the heart of Nir***’s […]

John Solomon & Family Church Planting & Ministering to the Poor Undisclosed location  Country Greetings in the name of Jesus Christ! By the grace of God and your prayers and support we are doing well. Saving the poor, sick, and brokenhearted is going strong. We are still working on my visa issues. Please keep praying […]

Church Planting & Ministering to the Poor  John Solomon & Family in M________ I praise God for your friendship also I like to share what God has done in our ministry. His grace is sufficient for my family. His word is giving us strength and is guiding us to do His ministry. Plowing the Ground […]

CHURCH PLANTING & MINISTERING TO THE POOR John S. and Family _ Undisclosed Location Greetings from John Solomon, Priscilla, and our two missionary children in M________! It is such a great joy and privilege share the power God in our missionary work since we arrived in Malaysia in 2008. It all began with God doing […] 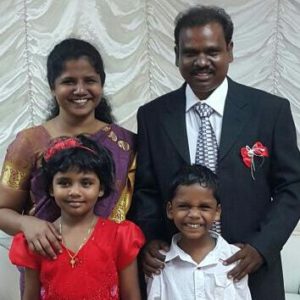 Tommy & Sonya Bitner met and recruited John Solomon from the School of Evangelism and Pioneering. John Solomon started working in our church planting ministry
amongst the Tamil speaking people and then blossomed into his own missionary work along with his family, to reach the Tamil speaking people in the slums of M_______. This ministry focuses on great compassion for the poor, needy and suffering by using the Book of James as his model. 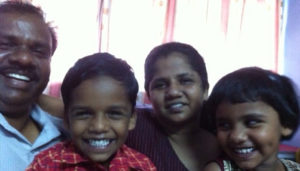 Greetings in the name of our sweet Lord Jesus Christ,

We have a special project with Tamil speaking, slum people, who live in an unnamed country. We are currently facing many trials and opposition for our “work.” At this time, the prayer requests we cannot list out number our financial needs.

Because of our book of James ministry to the poor, I have been separated from my wife and children.  This has been very difficult on all of us. 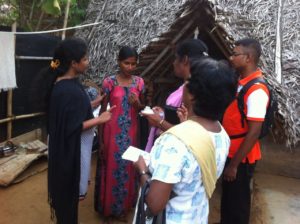 Please be in prayer, not justt for me and my family, but for the people from whom I was taken away. 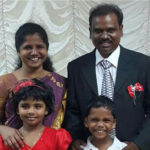 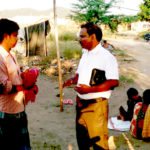 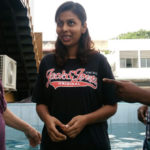 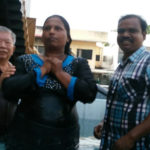 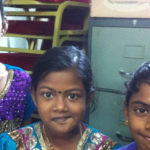 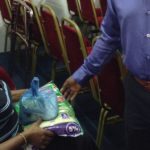 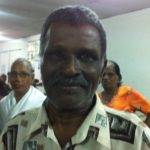 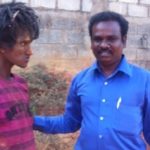 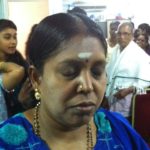 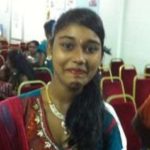 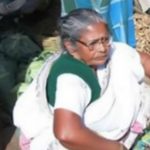 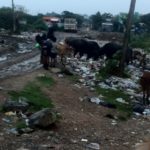 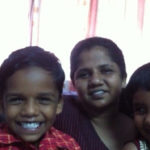 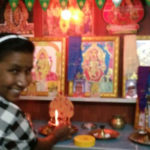 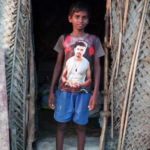 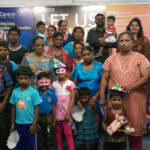 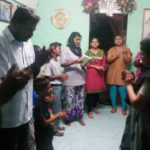 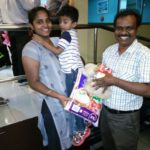 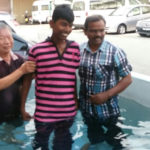